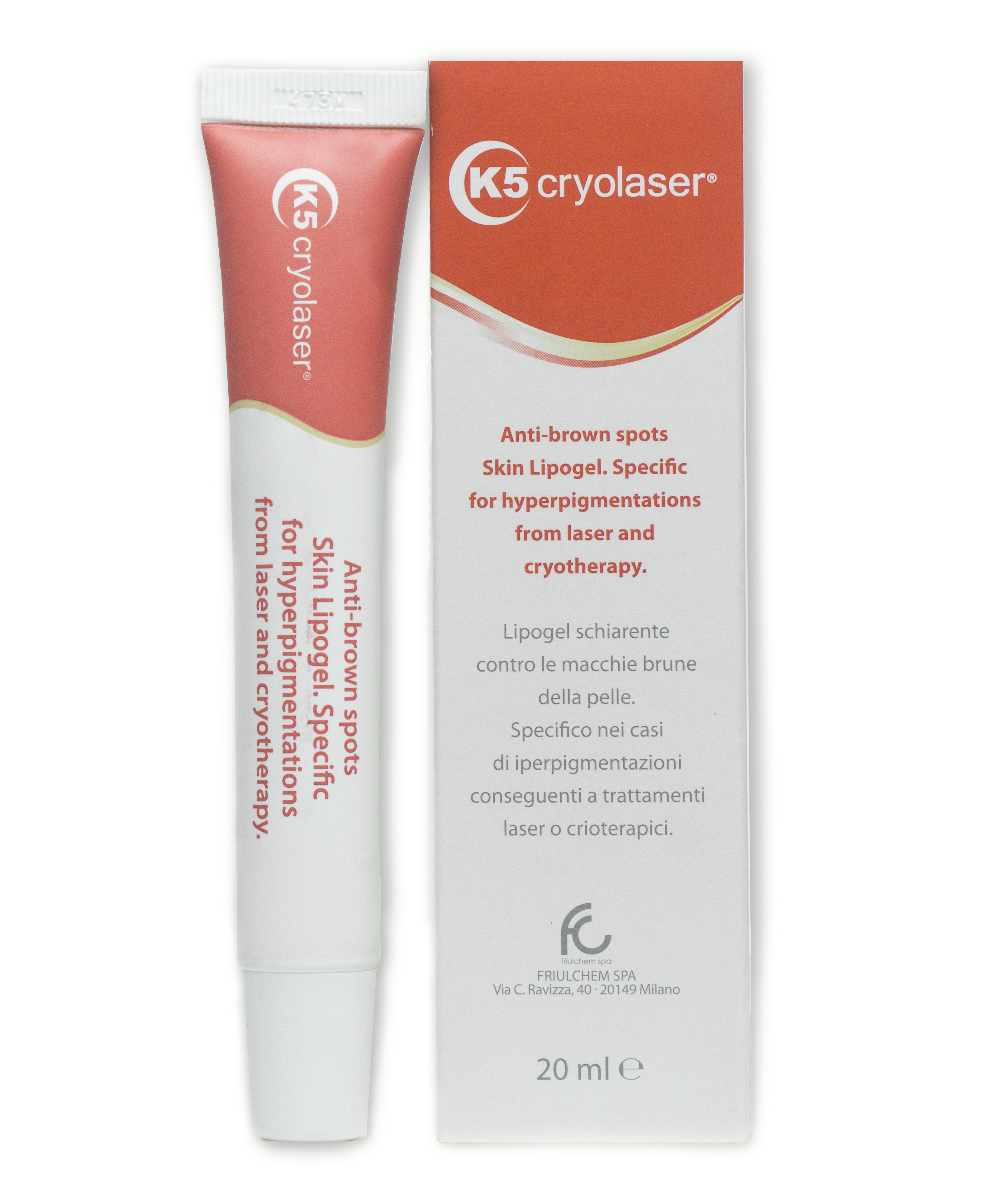 K5 Cryolaser® is a lipogel against brown spots of the skin, generally located on hands, face and neck, due to various factors such as: excessive sun exposure, age, oral contraceptives, use of photosensitising products and also freckles and pigmentation around scars caused by acne or surgical intervention. K5 Cryolaser® is particularly indicated and has been especially tested in cases of hyperpigmentation after laser or cryo-therapy of brown spots of the skin that sometimes can occur after said treatments. The fast and effective brightening action of K5 Cryolaser® is due to its ingredient Pidobenzone that blocks the mechanisms responsible for the formation of skin spots and hyperpigmentation. K5 Cryolaser® has been tested and has undergone rigorous dermatological controls to grant its efficacy and tolerability.

To brighten local brown spots of the skin and especially hyperpigmentation after laser or cryo-therapy. It contributes to normalize the skin pigmentation.

Cleanse thoroughly area to be treated and apply, twice a day, a sufficient amount of K5 Cryolaser® with a soft massage until the product is completely absorbed. Noticeable results are obtained after three/four weeks of treatment, although the use of K5 Cryolaser® should be continued for six or eight weeks to stabilise its depigmenting action.

For external use only. Avoid contact with eyes. Apply only to small areas. In case of irritation, seek medical advice. 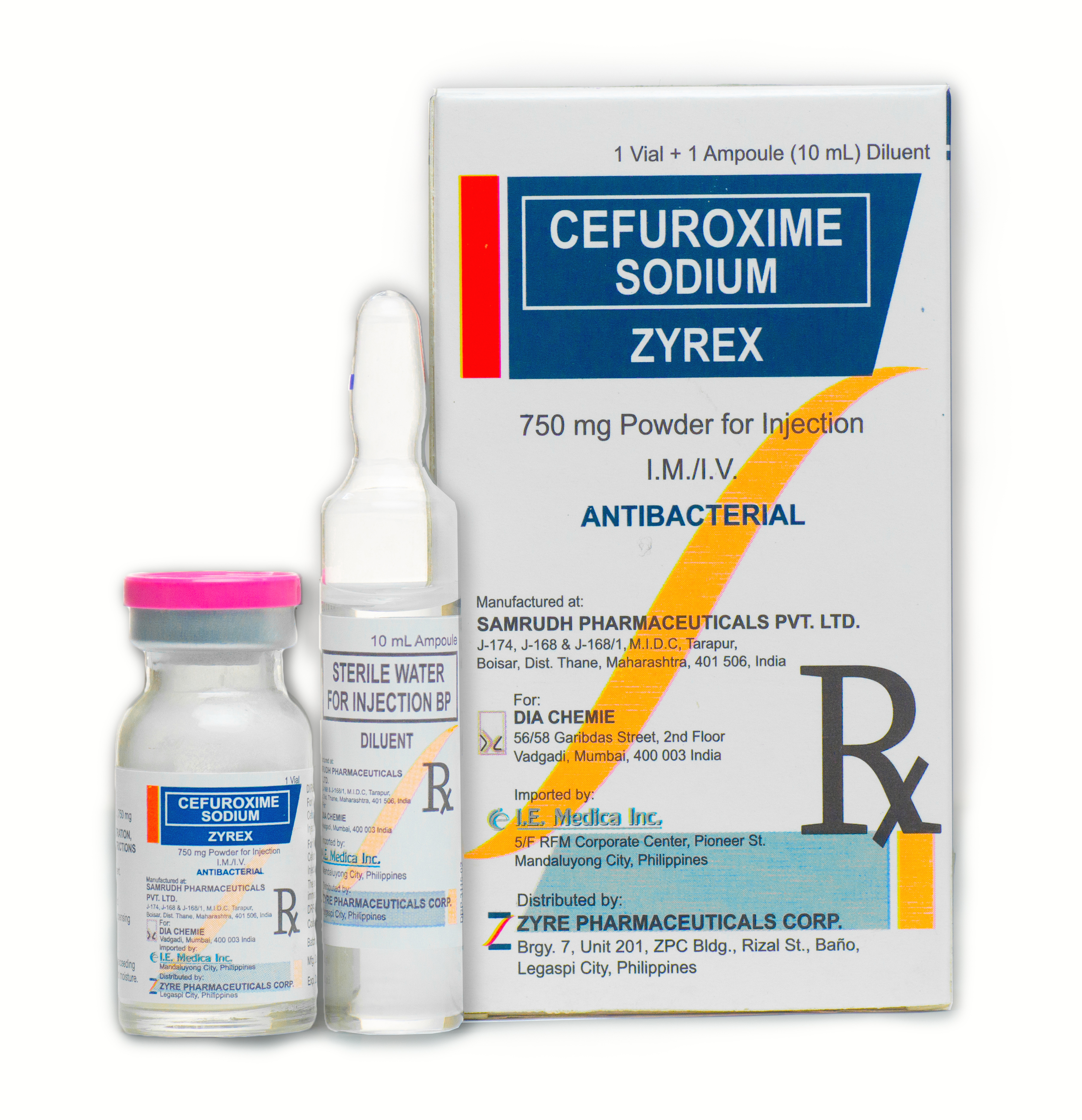 Cefuroxime is a semi-synthetic, broad-spectrum, second generation cephalosporins antibiotic forparenteral administration. Solutions of cefuroxime range in color from light yellow to amber, depending on the concentration and diluents used. The pH of... 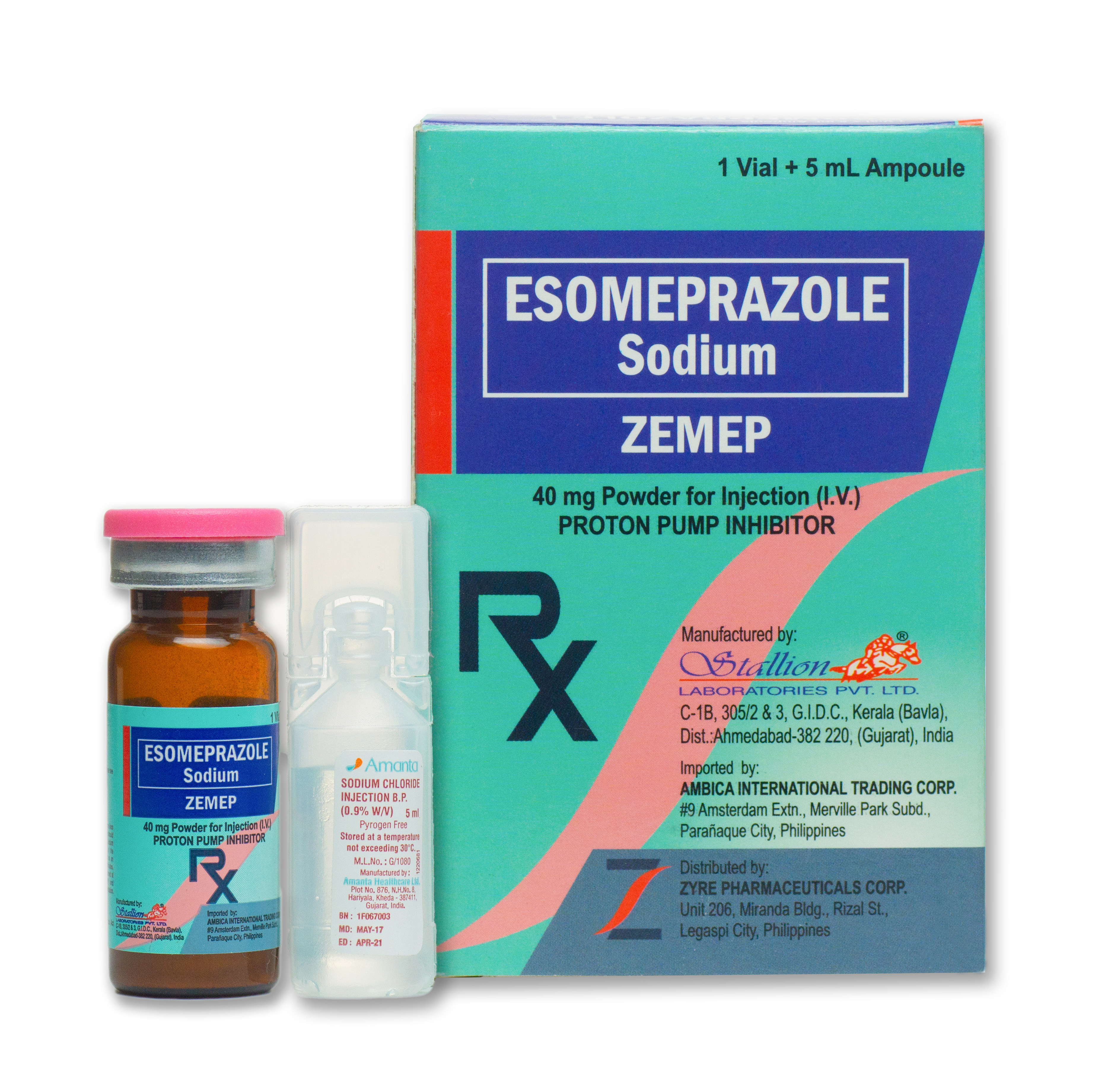